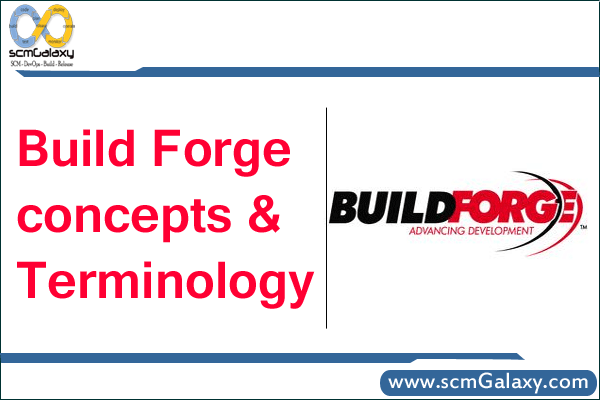 This section gives you an overview of key concepts and objects and how they are related. Links to more detailed explanations are included for convenience.

To access Build Forge, users need to have a user object set up for them. In production systems, this is done by configuring Build Forge to access an identity management system, LDAP.

Build Forge uses an authorization system to control user access to all objects. Access group objects contain lists of permissions. A user belongs to one or more access groups.

Server objects represent hosts where work is performed. The host must be running a Build Forge agent to receive the work from the system and return results.

Other objects are related to servers and need to be set up before defining projects and steps:

An environment is a set of variables. Environments can be specified for server, project, and step objects. When a step runs, environments set at each of those objects are combined to provide variables for the step to use. See About environments.

Variables can be changed as a step runs. See Changing variable values during step execution.) The scope of the change can be local to the step, local to the project, or permanent (the variable is changed in the stored environment.

Predefined system variables are available as well as variables you define.

A project defines work to be done in a process. When a project is started, it runs as a job.

The work to be done is contained in the list of steps.

Other objects are related to projects:

A step defines the smallest unit of work to be done. (See About steps.) Its key component is its Command property, which includes a command to be run on the selected server.

The Command property can also be used to run dot commands. Dot commands are commands that run on the process engine and provide additional functionality.

Other objects are related to projects:

A job is a running project. When the job is started, the process engine queues it and then runs it. You can check its status in the Jobs panel. When it completes, the following information is available:

You can cancel and restart jobs. You can add projects to the Schedule to have them run at scheduled times.