In this blog, I am creating Image Hover Effects with Color in a row using HTML & CSS. So, Let’s create an “index.html” & “style.css” below index.html code-

In this index.html container with four box classes & each box class with images & content class & multiple div which is define style.css page-

When you implement from this index.html & style.css page then showing below row-

In this blog, I am creating Image Hover Effects in a row using HTML & CSS. So, Let’s create an “index.html” & “style.css” below index.html code-

In this index.html container with card & multiple class which is define style.css page-

When you implement from this index.html & style.css page then showing below row-

Dropdown menu is a toggleable menu that allows users to choose one value from a predefined list. Sometimes it helps the users to same time for finding some particular things.

For creating a dropdown menu

Styles for using the dropdown to look fabulous:-

The simple way to create a dropdown 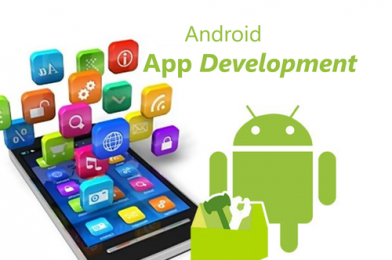 The role of Android Developer is an accomplished, the entry position. The Employers are regularly requires a bachelor’s degree in software development or an associated turf, but they are characteristically and they do not need work knowledge as an Android Developer. The next step on the vocation hierarchy would be a High-ranking Android Developer, which involves in taking on management and mentorship responsibilities. Conferring to the Bureau of Labour Statistics, the demand for Software Developers, in which comprises Android Developers, is predictable to grow a huge 17 percent through 2024.

Roles and responsibilities of an Android App Developer:-

There are a huge diversity of careful tasks that an Android Developer performs in instruction to develop Android requests. The following are the responsibilities we came across most in our examination of Android Developer job metaphors.

Design and Build Advanced Applications for the Android Platform:

This is the responsibilities where an Android Developer offers most of their time. This includes using C / C++, JavaScript and many other tools to carve program code. This work necessitates as a dangerous care to detail, as one mistake line of code can reduce the whole program impracticable.

An Android Developer the whole thing with Product Growth, Operator Data and some other sections to define and design new topographies users essentially want to do this. As this feature of the work needs the aptitude to be in a team.

Troubleshoot and Fix Bugs in New and Existing Applications:

An Android Developer’s responsibilities is not completed and once an application is ended, then they are also answerable for troubleshooting wiretaps that grows when the app is transported to users. The Android Developers must be talented to systematically test likely subjects and be able to rapidly develop a software cover to solve the difficult.

The Android Developers will have to break the present on the newest drifts in mobile application uses. They will have to assess the new tools as they hit the souk and number out whore ether they redraft and implementing. This needs the skill to adjust to a change in the environment.

To Work with external Data Sources and the APIsAn Android developer applies a reasonable amount of time working with outside data sources and APIs. The Dangerous thought is important here in order to apply this data to their precise project.

Skills of an Android Developer:-

If you want to start your carrier to become an Android App Developer. Here are the essential skills you should start operating on.

If you are observing to actually improvement a benefit in the career hub, then you should start working on these progressive skills many bosses prefer in their Android Developers to possess.