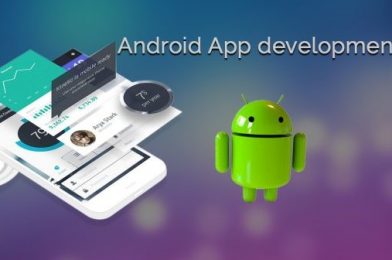 Android is an open-source operating system, based on the Linux kernel and used in mobile devices like smartphones, tablets, etc. Various applications like games, music player, camera, etc. are built for these smartphones for running on Android. Google Play Store features quite 3.3 million apps.

You must admit that learning Android app development isn’t easy as it look. For the non-programmer there are several steps in the process, and even experienced programmers have quite a bit to learn when adopting Android. If you’re interested in developing new and innovative applications for the world’s #1 mobile platform – here are my six steps to becoming an Android app developer.

Now the questions arise are, Why Android? How to start? Where to start? And many more Question like this. So in this particular blog we will discuss in all this topics and I will try best to answer them all. Let’s start-

Who is an Android App Developer?

An Android App Developer is a Software Developer expertise in designing applications for the Android for mobile platform. This is the only competitor to Apple’s app store. Their job revolves around creating the apps we use on our smartphones and tablets. It is a skilled, entry-level position.

These roles and responsibilities define who can be a successful developer.

Design and Build Advanced Applications for the Android Platform

In this an Android Developer dedicates most of their time. This development includes of using C / C++, JavaScript and a few other tools to write program code. It requires extreme attention, because one mistyped line of code can spoil the whole program.

An Android App Developer’s job isn’t done after an application is completed. In fact they are also responsible for troubleshooting bugs that arise when the app is shipped to users in near future.

Android App Developers have to be up to date by latest trends in mobile application. They have to discover new tools as they hit the market. This requires the ability to adapt to an ever-changing environment.

Work With Outside Data Sources and APIs

An Android App developer spends so much amount of time working with outside data sources and APIs that provided.

How to become an Android App Developer?

At last, mastering these skills will definitely help you grow as a successful Android App Developer. And also do note that Android is one such domain where jobs are never out of stock. So start now to be an amazing developer.

Why you should choose Android App Developer as a Career?

There are so many reasons why you should go for Android Development. Some notable ones among them are listed below:

Android is an evolving platform

Applications that are created are gaining lot of popularity and are rated top on the Google play store. With the time, Google keeps changing certain functionalities and releasing the new versions. So, you get updates yourself on a regular basis to improvised features that are added to your application. This is also a challenging task to develop, something that can catch the eye of any user.

The developers out there will definitely feel that the time invested in learning how to develop an Android application is comparatively less than what they invest in other technologies. Have the knowledge of Java and scripting languages like Perl, PHP, and the job is done.

By learning Android development in 2021, you open up for many career opportunities such as freelancing, becoming an indie developer, or working for high profile companies like Google, Amazon, Facebook and more. The demand for native Android developers is still very high, and learning Android development has never been easier thanks to increases in online learning materials. Choosing Android App Developer as Career is a good option in 2021, If you want to learn or want to become an Android App Developer than I would like to suggest you DevOpsscool, One of the best option for this course, provide you best learning experience with in-hand practices, Experts are there to solve your query. Don’t wait for the right time to come, Start your learning today.

I Hope this blog is helpful for you and enough knowledge of Android App Developer.

AVG Antivirus Free
AVG AntiVirus Free is the most popular free antivirus app on Android and will go through all the contents of your smartphone to ensure is protected from malware. The app will also keep an eye on the memory and battery consumption, along with mobile data usage. By activating the anti-theft feature of the device, you can even track your smartphone in case it is lost or stolen.

Justdial
With the Justdial app, you will have all information about your local area on your fingertips. Using the device’s in-built GPS and Google Maps, this app easily finds the businesses, services and products in any area in India. Users can even add the addresses listed with Just Dial to their device’s Contact List, book events and send listings over SMS and email free of cost.

Viber
When it comes to free calls and messages, Viber is the top free app in Google Play marketplace. This app can help you reduce the amount you spend each month by enabling you to make calls and send SMSes via a reliable internet connection. Along with that, you can send photos and videos with your friends using this app. Think of it as the combination of WhatsApp and Skype and use it to call another Viber users, irrespective of which platform they use, be it Android, iOS, Windows or Symbian.

Zomato
Zomato
Finding a restaurant in major cities of India becomes easy with the Zomato Restaurant Finder app. This app covers food joints in cities like Delhi NCR, Mumbai, Bangalore, Kolkata, Pune, Chennai, Hyderabad, Jaipur, Ahmedabad and Chandigarh. Users can check the ratings, reviews and pictures of the restaurants registered with Zomato through this app, which even recommends the best restaurants based on the location.

Mint.com Personal Finance
Your various banking institutions and credit card companies may each have their own Android apps, but Mint.com’s app ties them all together and aggregates your total income and debt so you can put an exact number on the soul-crushing feeling of constantly being in the hole.
The app also helps you set a budget for yourself, lets you track your spending, and presents you with money saving offers, so there’s a light at the end of that tunnel after all.

Angry Birds
Some pigs steal from you and then hide in a ramshackle fortress built out of wood and ice. You knock down said fortress by launching birds from a slingshot. These birds each have different powers. Except flight.

That’s the basic premise of Angry Birds. I think. I’ve played every level and I still can’t figure out why the birds and the pigs can’t just get along. Anyway, just get the game. It’s free and highly addictive.

WebMD
Though it is not a replacement for an actual doctor, it is the next best thing to have. An easy medical reference that we can carry in our pockets. Though some features are not tailored for Indian conditions, it can be a lifesaver in an emergency.

Dropbox
If you happen to access your files on multiple PCs or devices, then Dropbox is possibly the best client for you. Probably the simplest to set up amongst all the rivals, and instant sync across devices- you wont need to worry about not having that one critical file ever again. And it works on a wide range of devices as well.

Burrp
This app throws up information on just about everything in your city – food, nightlife, events, movies, shopping, beauty and fitness. The details for an establishment include the contact number, ability to send messages and even find on the map. Must have app to discover the city a little better.

Facebook Messenger
With integrated SMS texting, the Facebook messenger app for Android is worth downloading if you spend a lot of time communicating with friends from your mobile device.

Skype
The most popular video and voice calling software which is not available on all mobile devices. This uses your data connection (3G or Wifi) to make voice or data calls to other users who have also installed Skype. Make use of your front-facing camera.

Badoo – Meet New People
Badoo is a mobile social network with over 150 million users. So Badoo is a new great place on mobile for chatting and dating.

MeetMe – Meet New People
Whether you’re at the bar, on the beach, or hanging out at home, MeetMe is one of the best dating app for meeting and chatting with new people. Download the app and meet over 40 million of new people.